What is an AVC pension?

It is becoming increasingly common for people to invest in alternative pension schemes. Either to take advantage of additional pension benefits or to put more funds away for later life. One of the ways to do this is by investing in an AVC pension scheme. But what exactly is it?

Additional contributions to an AVC pension may be matched by the employer, depending on the level of contributions made elsewhere, for example to the main workplace pension scheme.

A freestanding AVC is not linked to an employer’s pension scheme. It’s a completely separate pension that is self-managed. However, it’s still a defined contribution pension that you can make contributions to.

How do I contribute to an AVC pension scheme?

Your employer’s payroll department can make the make contributions to your AVC pension. The contributions are automatic, full tax relief is applied and no income tax is taken. As of 2021, you will get tax relief on 100% of your contributions or the lower of your relevant earnings up to £40,000 (2021 annual allowance).

What are the advantages of an AVC pension?

An AVC pension might be a great option if you’re trying to build up additional pension funds. Even if your employer doesn’t match your AVC contributions, you can contribute as much or as little as you choose each month. All of the typical benefits of a pension apply to an AVC pension.

What are the disadvantages of an AVC pension?

Ready to make sense of your pensions?

Speak to our experts

What is a freestanding AVC Pension?

Instead of your employer setting up the plan and collecting contributions from your salary, you set up the AVC freestanding pension yourself through a pension provider, and the FSAVCs are collected directly from you.

Because FSAVCs are different from your primary plan, you may typically start taking money from it when you turn 55. This varies based on the restrictions of your plan, so check with your provider.

The following factors determine the value of your pension pot:

Where should I invest my AVC pension?

Consider the responses to the following questions as a starting point:

These guidelines will assist you in determining how much to put into your AVC fund. If you already contribute to the AVC Arrangement, you’ve undoubtedly considered some of these points.

They will assist you in making appropriate investing decisions by allowing you to consider the following aspects.

Below is a table showing some steps you may want to consider before making an investment with your AVC fund.

What is a Defined Benefit AVC scheme?

When you decide to access your pension, any additional withdrawals from your AVC will be taxed at your marginal rate of income tax, depending on the income you receive from other taxable sources. You can withdraw up to 25% of your pot as a lump sum tax-free.

Can I transfer my AVC to a different scheme?

You can transfer your AVC pension into another pension scheme. This includes schemes that offer flexible benefits that are independent of your main scheme benefits.

Some of the options on what you can do with an AVC pension are listed below.

Is an AVC Pension worth it?

They can be worth it, but it depends. In general, the advantages are that you’re building up additional retirement savings. Tax relief is also applied, as anything within a pension funds grows free of income tax and capital gains tax. Another advantage is the tax-free cash you can access when you are ready.

What are the risks with AVC Pension?

The risks are generally the same as any defined contribution pension. The underlining funds are generally invested, which carry some risk. If you are relying on it to provide additional benefits in retirement, there is a risk that you don’t contribute enough to live the lifestyle you want in retirement.

They can be, but this depends on who provides your AVC pension and the options they support in retirement. You may have the option to switch providers to gain more flexibility if your AVC provider doesn’t offer the level of flexibility you need.

With a freestanding AVC pension, you can access the money as needed. If you’re using it for your retirement, then that might mean taking small amounts regularly over time. If you simply want access to more cash, then you have that freedom too.

AVC pensions are not tax-free. However, you can withdraw up to 25% of the AVC pension tax-free. The remaining 75% is then taxed at the marginal rate of income tax.

However, any growth within the pension is tax-free. There is no capital gains tax or income tax on any investment gains made with the pension.

In order to avoid paying unnecessary tax, you may want to consider the different ways you can access your money. You may want to split it into a smaller amount of pensions and take them across taxable and non-taxable sources, taking small amounts from you pensions over multiple years

What happens to my AVC pension when I die?

Generally, the value of the AVC pension will be paid to your next of kin or nominated beneficiary when your die. Depending on the options available from the provider this could be paid as a lump sum or as an ongoing pension. Whether tax is payable on the death benefit depends on the age at which you pass away and the overall value of your pension assets. To help ensure that the pension is passed on to a person or charity of your choice you can complete an Expression of Wish or Beneficiary Nomination form for the provider to take into consideration when you pass away.

Is it possible to access all my AVC pension as a lump sum at the age of 55?

Regardless of whether you’re still working, you can choose to access your AVC pension from the minimum pension age which is currently age 55. You can obtain a tax-free lump amount of 25% from the pension. With the remaining 75% being taxed at the marginal rate of income tax. Note that the age limit to access your pension will be increased from 55 to 57 in 2028.

What are the alternatives to an AVC pension?

If your employer doesn’t offer an AVC pension, there are alternative pension options. The most common alternatives would be a SIPP (self-invested personal pension) or an FSAVC (Freestanding additional voluntary contribution). With an FSAVC, instead of your employer setting up the plan and collecting contributions from your salary, you set up the AVC freestanding pension yourself through a pension provider, and the FSAVCs are collected directly from you. It’s also possible to set up a Freestanding additional voluntary contribution scheme to sit alongside your employers pension scheme.

You can generally cash in your AVC pension from age 55 onwards. Up to 25% of your AVC pension can be taken tax-free. Income tax will be applied to the remaining 75% at the standard marginal rate. You can do this in one lump sum or a series of smaller amounts.

Where can I get an AVC pension?

Can I change my investment choices?

You can change your AVC investment funds any time you like. You can also increase, reduce or stop your AVC Extra contributions at any time by contacting your personnel or payroll office, who will make the changes.

What happens to my AVC if I leave my employer?

If you leave before retirement, your contributions will stop when you leave. The value of your AVC plan will continue to be invested until it is paid out. You can transfer your AVC plan to one or more different pension arrangements.

Can I transfer my AVC to another pension scheme?

Yes, you can move your AVC pension into a different scheme or arrangement. You can also increase, reduce or stop your AVC Extra contributions at any time by contacting your personnel or payroll office, who will make the changes.

Can I take all my AVC’s as a lump sum?

You can access your AVC pension from age 55 onwards. You will be allowed to take up to 25% of the AVC’s value as a tax-free lump sum. The remaining 75% is taxed at the marginal rate of income tax. You can also leave the lump sum invested so it can continue to grow. DB AVC pensions may not allow you do to this, so make sure to check with your provider before making plans.

Do employers contribute to AVC’s?

An employer would not typically contribute to the AVC in addition to a defined contribution scheme. An Additional Voluntary Contribution (AVC) scheme is set up by an employer for employees to make additional contributions to potentially build up additional retirement benefits alongside an existing company pension.

Is an AVC pension a good idea for me?

An AVC pension is a good option for people looking to boost their retirement income or gain additional pension benefits. An advantage is that contribute as much as you like on a monthly basis and receive tax relief benefits.

What does AVC stand for?

AVC stands for additional voluntary contributions. An AVC is a way for employees to top up their pension pot with extra contributions.

An FSAVC stands for freestanding additional voluntary contributions, and this is a pension scheme that is completely separate from your employer.

What happens to my AVC pension if I die?

When someone with an AVC pension dies, the balance of the fund is distributed to a next of kin. This normally means the value of the pension being paid to a spouse or partner. If your workplace pension is a defined contribution scheme, it is likely that you may be able to nominate a beneficiary to inherit your AVC as well as your main workplace pension. If you have a defined benefit scheme, only a spouse, civil partner or dependent may be able to inherit your pension and AVC.

As always, with investments, your capital is at risk. The value of your investment can go down as well as up, and you may get back less than you invest. You may wish to obtain independent financial advice before starting any additional pension savings. This information should not be regarded as financial advice

Did this article answer your question?

Thanks for your feedback...

Thanks for your feedback...

If you'd like to discuss things further, you can have one of our experts call you for FREE by filling in this short form:

Get your FREE Retirement Planning Guide 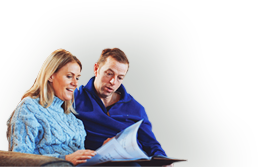 Join our newsletter for the latest pension and retirement planning updates